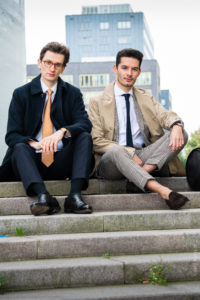 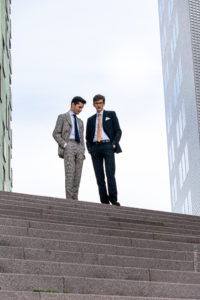 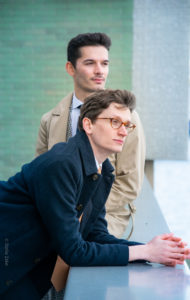 Violist José Nunes and pianist Pieter Bogaert met during a chamber music project at the Conservatoire of Amsterdam, and afterwards, they decided to start playing together as a duo. They have been performing as a duo for the past two years, during which they have been exploring the repertoire for viola and piano. In addition to masterpieces originally written for this formation, they have lately focused a lot on transcriptions to expand the available repertoire.
As a duo, they are being coached by Robert Kulek at the Conservatoire of Amsterdam.

Born in Portugal, José moved to Amsterdam to study with Nobuko Imai and Francien Schatborn at the Conservatoire of Amsterdam, from which he graduated in 2020 with the highest marks. He was an Academist of the Netherlands Philharmonic Orchestra and Netherlands Chamber Orchestra, and he held a scholarship of the Gulbenkian Foundation in Lisbon.
As a freelancer, José works with the Radio Filharmonisch Orkest, Rotterdam Philharmonic Orchestra and Orquestra XXI. He also was a member of the European Union Youth Orchestra, with which he toured around the continent.
José loves playing chamber music and participated in many masterclasses and festivals, where he worked and played with renowned musicians like Ettore Causa, Mi-Kyung Lee, Antoine Tamestit and Frans Helmerson.